The Federal Estate Tax, a tax on the assets left behind at one’s death, was repealed on January 1, 2010 for a period of one year. The revocation of this tax can be considered good news for the heirs to those estates that originate in 2010, as there will be no tax due regardless of the value of the estate.
The most recent changes to the Federal Estate Tax were made by then President George W. Bush when he signed into law the Economic Growth and Tax Relief Reconciliation Act of 2001. This legislation gradually increased the estate tax exemption, while reducing the percentage upon which the estate would be taxed, with the intention of ultimately abolishing the federal estate tax altogether (see chart provided below).

Because Congress has not yet enacted legislation pertaining to the abrogation of the Federal Estate Tax, the tax is scheduled to be reinstated and the tax structure, as it existed in 2001, will go back into effect. Federal Estate Tax will be assessed on property in excess of $1 million with a maximum tax rate of 55%. However, there is much speculation among economists and political pundits that Congress intends to reinstate the Federal Estate Tax this year. If that were to happen, it is uncertain as to whether the tax would be retroactive to January 1, 2010.

The House of Representatives actually passed a bill in late 2009 that would have had the estate tax reinstated in 2010 with estate assets being taxed at a rate of 45% and an exemption of up to $3.5 million on each estate. The Senate, though, failed to reach a compromise to temporarily extend the tax into 2010. The Democratic leadership in Congress favors making the “death tax” permanent, at a fixed rate of 45 percent. They have not yet succeeded in reinstating the Federal Estate Tax, but it is widely believed they will, making it all the more important for families to have an effective, well-designed estate plan in place.
If the Federal Estate Tax law remains as it currently stands for 2010, it does not mean heirs are without any tax concerns. There are still state death taxes to take into consideration – and remember that New Jersey imposes both an Estate Tax and an Inheritance Tax.

In addition, there is another factor in play known as the income tax “step-up in basis”, which, under the 2010 law, is seriously limited. Step-up in basis refers to the readjustment of the value of an appreciated asset at the time that asset is inherited, meaning the acquisition value of an asset upon inheritance is the current market value, as opposed to the value the asset was assigned at the time the asset was originally acquired. The step-up in basis rule diminishes a beneficiary’s exposure to capital gains taxes.

In 2010, income tax step-up in basis is limited to $1.3 million for the entire estate, plus $3 million for assets transferred to a surviving spouse. These limitations could trigger large capital gains for those selling inherited assets. Estate planning attorney, Michael J. Saile Sr., has over thirty years of estate planning experience as well as vast knowledge of complex tax law relative to estate planning. Protect your family’s future by making certain your estate planning documents are up to date. There have been numerous tax law changes in recent years, which may have an effect on your current estate plan. Contact us office today to schedule an estate planning review if you have not had one within the last couple of years. 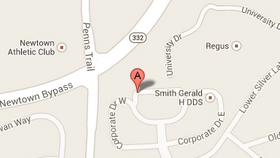